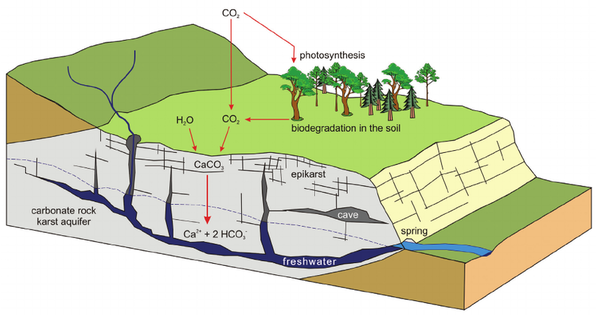 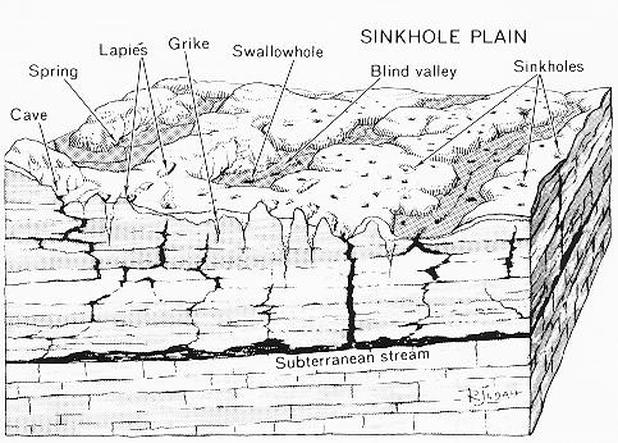 All of the features described above are common in well developed karst terrains.

Many other unusual and characteristic features can also be observed in karst areas.  Some of these are shown on the adjacent diagram.  They include:

Back to the Karst Page