Madison Karst Aquifer
“No thief, however skillful, can rob one of knowledge, and that is why knowledge is the best and safest treasure to acquire.”
―L. Frank Baum, The Lost Princess of Oz
Back to the Karst Page
The Principal Cave & Karst bearing formation in the Black Hills, and the one that will be primarily described and discussed in the following section is the:
Pahasapa (Madison) Limestone

Areas of karst development are widespread in the overlying Minnelusa, Minnekahta and Spearfish Formations, however.  Although caves do occur in all of these formations, the largest and most complexly developed systems are found within the Pahasapa Limestone and that is the formation upon which the majority of current speleological study and exploration is being centered . 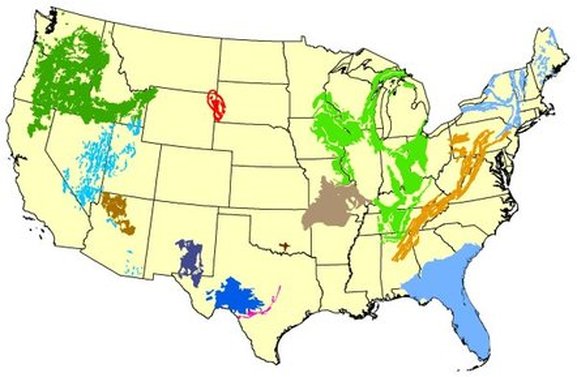 The Madison group,  whose Black Hills outcrop pattern is shown in red on the adjacent map, forms part of the nations largest confined aquifer and is far & away one of the most distinctive and unusual karst aquifers in North America.  It covers large portions of Montana, Wyoming, Southern Saskatchewan and North and South Dakota. 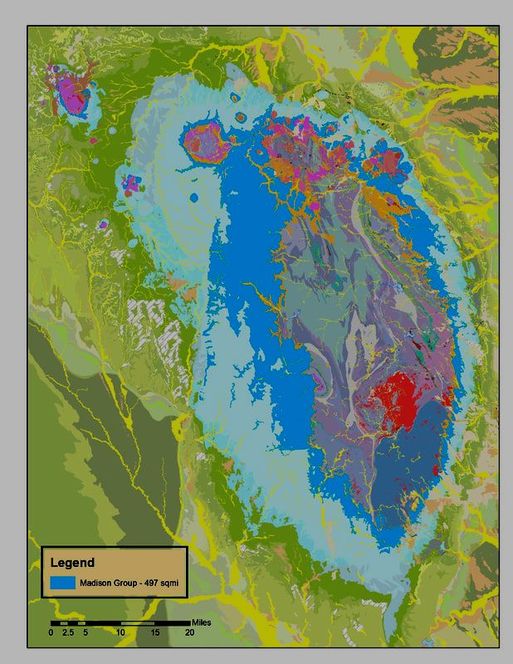 The pattern of the Madison Group's outcrops are shown in the sky-blue pattern on the geologic map of the Black Hills Uplift shown in the adjacent diagram.


This is most particularly the case with the larger Labyrinth style systems like Jewel, Wind, Stagebarn, Reed's and Bethlehem caves. 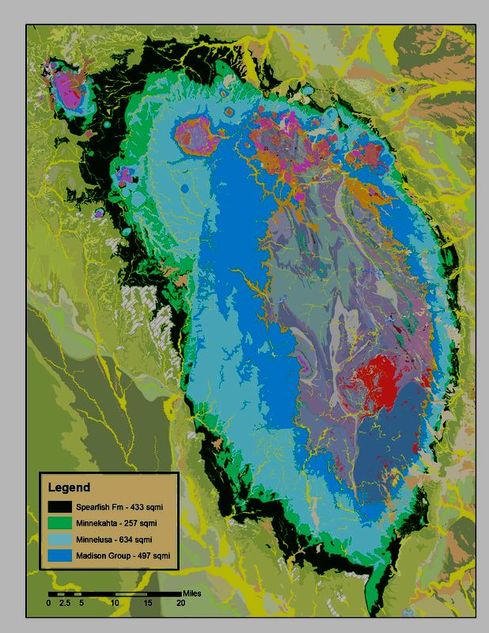 SDirectly overlying the Madison group limestones and dolomites is a broad outcrop area of Minnelusa Formation sediments shown in light blue.  This unit is a mix of sandstone, siltstone, shale and limestone and although it does not contain numerous caves,  it does display widespread development of karst features. This is particularly the case within it's basal portion.


The Minnekahta and Spearfish Formations are typically exposed at the outermost edges of the central Black Hills uplift.  They are shown on the map above as the peripheral rings of highlighted bright green and darkest green respectively. Both of these formations locally host karst features, but they are particularly well developed within the Spearfish Formation, which contains thick bands of gypsum.
So much to do..so little time
"The more I learn, the more I realize how little I actually know"
(paraphrased from German)
Albert Einstein
Back to the Karst Page